How configure with obs for stream?

It is only compatible with Windows and Mac. No tablets...

"is it compatible with a leapfrog tablet"

Maybe could you make a version for Chromebook? It would be a great way to pass time since you can't really get games on that software.

please omg chromebooks are so boring without games

is there a way to make this a standalone file, trying to make a script that installs this application and runs the installer

can you make it chroombook? :D

Can you make it on mobile (Android)?

It is not possible to make one for mobile devices. I've said this almost like 20 times in the comments below. Please read :).

I've said the reason why it's not possible in the comments below. The CPU and Battery will die VERRRRRRRRY fast.

you can but not with visual studio

I can play it on Exagear Emulator!

Or I'll port it myself

make it for ipad plz

It is not possible to make one for mobile devices. I've said this almost like 21 times in the comments below. Please read :).

You cannot code mobile apps in C#, you can but not with visual studio

Can you please make other versions of this like different animals and fictional characters. That would be awesome

Hello, I also want to ask a question, is it possible to change the appearance of geese? If so, how do you change it?

The goose is made using shapes in the code

you can, edit the codes

well, 1. it's VERRRRRRY hard. I've tried and nothing changed.
2. he doesn't know how to code (probably).

I downloaded it on a Chromebook but can't seem to get it to work. Does it not work on Chromebooks?

Probably, because I tried it on my Chromebook too and it didn't work.

It's not supported on Chromebook

Where do you go to install mods?

Where did you find this, do you have the source code for this software?

Thank you! This is awesome!

How do you remove the memes/notepad texts?

Also, how do you make it not grab your mouse?

Or change the config file

Hello, I am a Chinese. Could you please tell me how to change the goose sound?

The goose's sound is the same as any country, tho.. 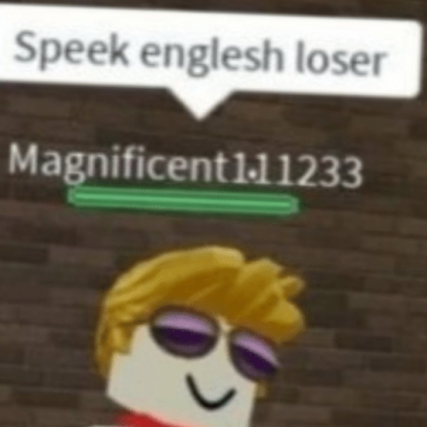 You can drag it around

And there is a mod called ToysMod

I just downloaded the goose but do I need to do something to see it ? or it just going to appear on my screen ? Thanks for your help!

No u just run goosedesktop.exe

The flippin' WORLD runs ou Linux (used to be Unix...but Linux is kinda the same thing).  Android is Linux.  It's in your phones. Almost all new TVs.  Almost all major servers on the internet, in the world, run on Linux.  The internet was built on Unix/Linux.  The C programming language was created to help buid Unix (and the without the C programming language, no major programs, such as all versions of Windows, MacOS, all major video game engines, all major professional creative software like Photoshop etc, etc, etc. etc. - all would not exist).

I also downloaded the goose on my school laptop his name is Steve he will love me forever and i will love him back. I love him more then my brother!

i downloaded this on my school laptop & now mr. goosey goose is my little mistake :o) p.s i love him so much he is my best friend we eat lunch together :)

Will this  ever be on Chromebook?

Suggestion: Maybe add the option to choose from different animals like a Shark, a Cat, a Dog?

But still make them simple like the goose. Don't use tooo many shapes and details.

yes! that would be so cool! someone plz do that!

i wish there was a shark version of this lol

Reply
The Midnight Leo125 days ago

How did you make this? I'm just curious.

He used C# to make this

Oh okay, what kind of programs can I use to program in C#?

Visual Studio (about 2GB for C#)

i accidentally downloaded 2 goose on my school laptop but cant find the thing to quit the second goose    help!

you have to run the program (goosedesktop.exe) in the folder

Is there a way to change the audio files to obiwan saying hello there instead of honking?

Yes. The files are in Assets/Sound/NotEmbedded

how do I acess that on mac

don't think its supported on mac...

Will be supported on V0.3 for Mac though

how do you name the goose

There's a mod for it called ShaggysNametagMod

i cant turn it on. i downloaded it for windows 10 on an acer nitro 5 and it just gave me the extraction thing. i extracted it, then it downloaded it (I Think) but i dont know how to activate it. it wont show up in any of my files or anything. its just gone. the extraction file is still there and i have tried installing it multiple times but the same thing happened again. Please Help!!! This Is Kinda Bugging Me Because I Really, Really Want This. Thanks!

ahh i need help, so for some reason after i held down esc on my goose he never came back. i kept re-downloading him and he still wont work. i checked almost everything when it comes to his accessibility and if my computer blocked it or something, but nothing is working. please help!

man i wish there was a chrome version.